The project was first tendered back in the summer of 2015 and then in 2016, with the announcement of Brexit and the with the general election, the project looked very unlikely to proceed.

However, our regional team, in conjunction with Wates Construction worked tirelessly over a number of months to put together a final submission inclusive of some additional requirements for BIM to LOD6, detailed design drawings, 3D Co-ordination, calculations, programmes and various other key information to prove the project was indeed still viable and cost certain for final government approval and sign-off.

After a period of consultation, the final scheme was signed off by the MOJ in January 2017 to kick off the design process with construction scheduled to commence in September 2017 and a completion date set for the Autumn of 2018.

"Whilst this project had its difficulties throughout the extended tender period; both the Wates and Dodd Group teams continued to remain focussed together despite some tough deadlines set and the possibility that the scheme may not actually go ahead at all.

This is a really good opportunity for both Wates and the Dodd Group Eastern Region to continue to build on their positive relationship and partner together on this project for a combined success. We have already chosen to use off-site prefabrication for the manufacture and testing of the 27 fully serviced risers to the benefit of the programme overall and to ease some of the difficult logistical and resource constraints the project has" 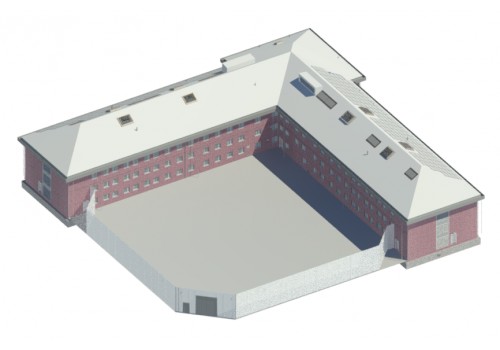 Back to News Next